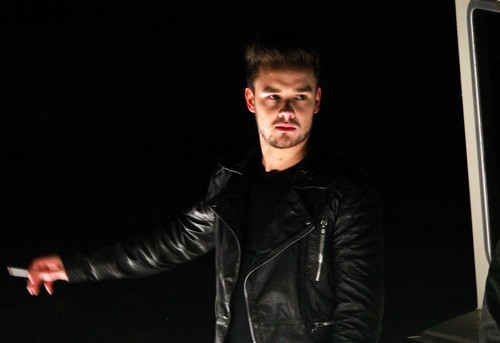 I make my way around to the other side of the backstage and walk straight up to Niall and punch him hard in the face.

“What the fuck!” everyone screams as the kids start to cry.

“You fucking prick, you’re making her leave me aren’t you” Liam pulls Niall up by his shirt.

“What!?" I laugh "Why would I make her leave you? I don’t own her for one and for two if she’s leaving you its because of you cheating on her” he spits in my face and I punch him again knocking him out cold this time.

Just then Bailey comes in and starts throwing her fists at me just barely hitting me in the jaw. I shove her into the wall and tell her to stop as Harry grabs me and walks me away Bailey gets to the floor trying to wake Niall up. 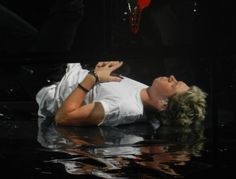 “Mate what the hell is going on with you?” Harry asks me

“Ok well I can see why Liam” Harry says sarcastically

Harry gives the lecture about how I didn’t keep my cheating hidden very well and it was sooner or later that she would find out from either one of them or put the pieces together herself.

“No, if Sophia would have kept her mouth shut and gave me the time she said she would have I would have told her. But no she went blabbing about her pregnancy to the tabloids and has ruined my life” I complain

“No mate, you ruined your own life. Bailey loved you, she worshipped you for so long for so many years and look how you’ve treated her. You’ve gotten not one but two other people pregnant including her as well. You weren’t there for her when Holden died and Hadleigh barely made it. I was there, and Niall was there for her every single day as you were off working or running off with Serra or Sophia. You messed this up yourself” Harry tells me poking my chest.

I fall against the wall and down to the floor. I cradle myself as I cry actual tears, I think about what I have done and start to regret it all at once. I regret sleeping with Serra just to get back at Bailey, I regret not being there for her when our son died, and I regret cheating on her so many times over the past five years, I regret sleeping with Sophia and getting her pregnant and I regret introducing her to Niall. If I would have never gone to try out for that stupid contest, then I would have never been in this band and she would not be leaving me.

“You gonna be alright?” H asks me

I leave and go out to the car to take me back to the hotel. First, I have Paul stop and grab me some new razors to shave my face. When I get back to my room I run nice hot water into the jacuzzi then climb in. I hit the button on the side to turn on the bubbles then sit there and ponder over everything I have done over the past five years not only to my wife but what I have put my kids through, my bandmates and my family. I start to think everyone would be better off if I wasn’t here. I think to myself maybe if I attempted suicide Bailey wouldn’t leave me. She would see that I am truly sorry and will throw the divorce papers to the side.

That’s when I take one razor out of the package and unscrew the part where the razor blades are at. Once they are free I use one to make slices in my forearms and wrists and another to make a slice in my flesh across my throat. Then I lie back and cry. “Liam! Jesus Christ what have you done! LIAM!!! Wake up!” I can hear Bailey screaming from his room

“Baby go get Niall or someone fast! Hurry Haddie!"

That’s when I see Hadleigh run out of the room leaving the door wide open. She sees Harry and Zayn first and cries to them that her daddy is hurt. Harry Zayn and I all rush into Liam’s room.

The scene in front of our eyes is horrendous to say the least. There is blood everywhere. Harry and Zayn push Bailey to the side as they heave Liam out of the tub and lay him flat on the tile floor. Zayn grabs towels and wraps them around Liam’s arms and holds one to his throat as Harry starts CPR on him and yells to me to get Haddie out of the room and call for help. I grab Hadleigh and run her out of the room while trying to grab my phone at the same time. 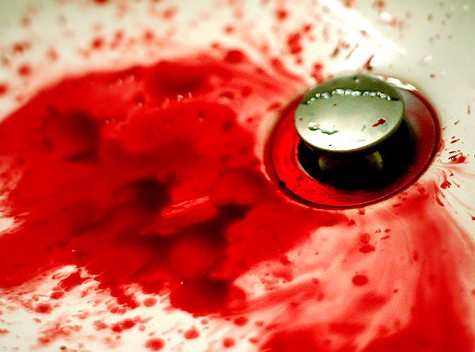 I shove Haddie inside and pull Hendryx out as I continue speaking into my phone.

“Yes, there is blood everywhere I think an attempted suicide” I say

Hendryx looks horrified. As I finish the conversation with the dispatcher, ihang up and tell her what is going on. She runs down the hall while I stay with Haddie and Everlee to help Bailey.
“Daddy what is going on?” Ev asks me

“I’m not quite sure baby girl” I tell her

Haddie stays quite but doesn’t let go of my neck.

“Is my daddy gonna die?” she says in a small voice as I felt little tear drops run down my neck

“No honey, no your daddy is going to be ok. He is going to go get help from the doctors and he will be good as new ok” I try to convince her.

Finally, after twenty minutes go by Hendryx and Harry come back to the room covered in Liam’s blood. The girl’s have fallen asleep, so they don’t see them when they come in.

“He’s lost a lot of blood, but he had a pulse, the medics are taking him to the Las Vegas reginal hospital. Zayn’s gone with him and Bailey is going to get a cab and go since they are married still she has to sign papers for him.” Harry tells me

“I’ll go with her so she’s not alone. Could you watch the girls?” I ask

“Yea that’s not a problem. But you think it’s a clever idea to go with her? I mean He did beat the hell out of you earlier tonight” Harry makes a point.

“Yes, I am going with her, she can’t be by herself right now, not after seeing that” I tell him
I go back down the hallway and find Bailey in Liam’s room on the tile floor trying to clean up the mess the medics made.

“Bails, you alright?” I ask

I can see her body tense as I speak, then she falls to her knees and starts to bellow out loud sobs. I grab her and pull her up and wrap my arms around her shivering body.

“Let’s go get you changed out of these wet clothes and go see how Liam is doin yeah?” I ask her

She follows me back to my room and allows me to pull her shorts and t-shirt off and put on a pair of my joggers and a sweatshirt. I help her to pull her hair back and hold her as we walk down to the cab to the hospital. again guys thank you for sticking with me on this! i love you all so so much!!! and if you are feeling down, depressed suicidal please call the suicide hotline. there are alot of people you can be connected with through the hotline. It was super helpful to me when i went through what i did. so please keep sticking with me i will get this done xoxo