I woke up and everything was blurry and I was able to see Avalon and I shot up and screamed out," Lizzie!!!" Then, a massive headache came rushing and I groaned in pain, Avalon rushed to my side and put a cold rag on my head. " Was that a dream..with Lizzie and stuff?!" Avalon sorrowful had replied," Well, no she's getting married to that fiend." I said," How could she marry such shit!!" Avalon put her hand on my shoulder and said," I know my friend and she loves you Haz . She would never on her life marry such a asshole.He has some kind of leverage on her with us." I stand up and say," Well, not anymore we're not ." I look at the window balcony but it's locked,
" Hand me a hard book Avalon." She searches the book
shelf and she hands me a heavy dictionary." I threw the
book through the glass and and it shattered. Avalon and
I snapped our head in the direction of the doors and waited
for the sounds of the guards busting through the door relocating or little prison. When nothing had happened I quickly walked through the shattered frame and looked both sides for escape. On my right I see another balcony and I see it's opened and I smile...there are little granite rocks around the windows and I think I was able to step on it. I crept to the other side and climbed over the ledge, once on the ground I yell over," Av come over it's safe..just be careful." She said," I don't know, really I wasn't always the best climber." I smirked and replied," Neither am I."


She nods and does as I did, though she kept looking at the ground where the waves kept hitting the sharp rocks. Once she was supposed to step over to the next rock she made a wrong move and slipped, she screamed and I grabbed her hand. " Please, don't let me go!!!" Avalon was starting to tear and she was going to wipe her tears I said," Stop, it'll just help me loose a grip on you." She whimpered and she nodded and I wedged my shoes in between the spaces of the balcony and I pull her up with
all my strength. When she was up and safe she gave me a hug and thanked me. I smiled in return and I cleared my throat and said," We
can't have them looking for us. Any ideas". Avalon said," Maybe, we fake our deaths." I raise my eyebrow. " How do we do that?" I asked
She grinned and said," Follow me Romeo."
Lizzie's Pov


I was in my room getting ready for my engagement party made just for me. Yippee!! *Sarcasm in my tone* The dress was way to cute and I know that was the look....Marcus wanted. Honestly, he is such a pervert sometimes along with power hungry...if I haven't already mentioned it. The maids were gonna do my make up but there was no way in hell they were doing my face with those hands at least.
When I was ready I was to be escorted to the dinning area and dine with some of the royal people of Marcus's family. The theme was changed of course since the last special dinner we had with my friend and boyfriend.

She was also not bad looking either and that's what made me do suicide how could something so evil be so gorgeous. 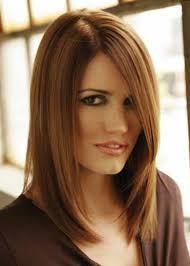 Shout out to directioneraya for another amaze comment
~Miss Direction