I roll over and fling my arm over Niall’s waist, far away in dreamland I am unaware that I have just done this. It’s not long before I feel a large, soft, warm hand caress my cold bare forearm then lace fingers with mine. I stir a little and it takes me a moment before I realize where I am. I startle awake and sit bolt upright, scaring Niall.

“Maybe I should sleep on the floor” Niall suggests

“No, don’t be silly, you’re alright it’s just I’m so used to having Hadleigh sleep in my bed. I usually drape my arm over her and hold her tight against me, her heart beat helps me to sleep when Liam’s not there” I tell him

“Well if you’d like, I know I’m not Haddie but you can lie your head on my chest. I don’t mind” he tells me

“Not like that Bailey, I’m serious, if it helps you sleep then go ahead” he says serious

We sit up and put a movie on for a bit, The Death Note is what it’s called. It’s really not too bad of movie so far actually. I feel my eyes grow heavier and heavier so I rest my head on Niall’s shoulder, before I can say anything to him I am out like a light. I wake up a few hours later; my face is scratchy because its squished up against Niall’s chest. His arm has fallen around my neck pinning me there in a headlock. I wriggle trying not to disturb him but It’s to no avail.

“Niall” I push his arm

“I have to use the bathroom” I whisper

He doesn’t say anything, doesn’t move.

“Niall, move so I can get up” he still doesn’t say anything

I lie there for a moment and get the brilliant idea to peck him on the lips real quick to get his attention. Of course that gets his attention, I see him smirk as he peeps at me.

“I suppose” he pouts

When I crawl back into the bed I roll on my side away from Niall. You could cut the tension in the room with a knife it was so heavy. I stay rolled away until I doze back off to sleep. It wasn’t very long before I felt a strong, heavy arm drape over my side. Niall’s hand resting on my stomach just below my breast line. He scooted closer to my so he was pressed against my back, his face in my hair behind my neck. The warmth of every ragged breath sending chills down my spine. Not only that but I can feel his excitement growing and I’m not even doing anything to egg it on. 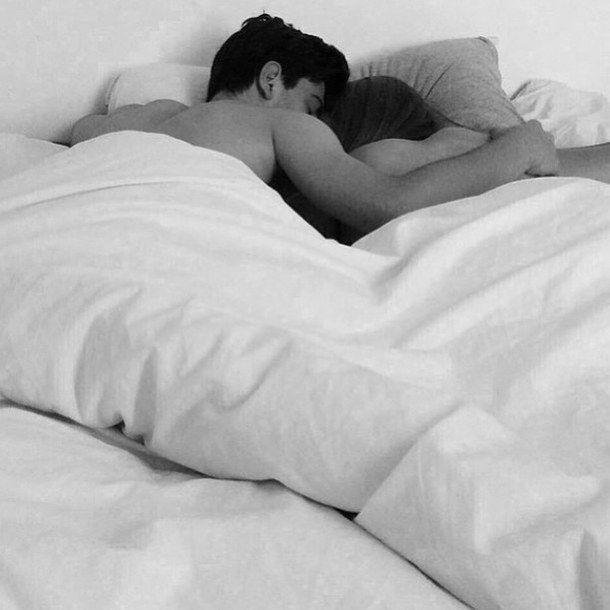 “Is this ok?” his lips lightly touch my ear

I gasp and shake my head yes unable to speak. I can feel my breath become more and more shallow and I know that Niall can tell how nervous he is making me too. I can’t sleep now even though my eyes are shut tight. I know I keep saying that Niall and I are just friends but something greater than myself wants this to happen whatever this is. I lie there drawing circles in Niall’s arm with my finger for a few minutes before lifting his hand so I can get up.

“Nothing” I say standing by the window

“Then come back to bed, I’ll scoot over and give you room, I’m sorry” he says

“No, it’s perfectly alright” I turn around to face him

He’s sitting on the edge of the bed now arms crossed. I walk the short distance over to him and pull him to stand in front of me. I look deep into his beautiful blue eyes and can feel the want and need radiating off of him. He doesn’t have to say anything I just kiss him quickly and turn back to the window.

His lips were on mine, arms wrapping around my tightly. He pulls away and looks at me then I fling both hands around his neck and pull him down to me so I can kiss him harder. Our hands are tangled in each other’s hair, Niall picks me up and sets me in his lap as he sits in the chair next to the window. His lips are hot against the skin of my throat, I let out a small moan that I wasn’t even expecting.

“Bailey are you sure about this?” Niall finally huffs

I stand up and slowly peel my nightgown from my body leaving me standing there with nothing. Niall stands up and kisses me gently; snaking his arms around my waist and down to my ass. He picks me up with no hesitation and carries me to the bed, lying me down gently hoovering over me.

“Shh…” I whisper kissing his chest and pulling him to me.

I’m not going to lie, Niall and I made the greatest of love. It’s has been quite a long time since I have felt so connected with someone. I don’t know what it is but it was like we were one, not two people just fooling around but a whole person. It’s hard to explain but all I know is that Liam does not make me feel like this and hasn’t for a long time.

Niall… not my husband.