The boy we saved was a little confused about the whole undead thing but eventually warmed up to the idea. He told us that his name was Liam Payne. He has super speed and can out run us all since he is a full vampire. I have been teaching them the ins and outs of how to hunt certain animals and avoid human contact at all times. The girls have helped start the boys training in fighting demons.

I walked downstairs and see everyone awake and training. Then I suddenly get hit with a vision. There is a sign that says “Doncaster” and a boy lying on a bed in a house. It then switches to a board with his medical information on it on the table next to him. “Bird Flu.”

After that it shows a black cloud swirling around his head and body. The clock says midnight as the figure proceeds to move the body into the woods just outside. It then takes it true form which is the shape of a demonized wolf. It then attempts to be absorbed into the boy and take over his body. Then the vision stops.

Harry comes over to me, “Sarah, did you have another vision?”

“Should I go get everyone else?” He says ready for the action.

“No, this will only be a battle that you and I will have to deal with ourselves.”

He looked at me, “What do you mean? Is it like a wolf demon or something?”

“Precisely, it is a wolf demon. Now we better get going.”

He nodded and followed me to where everyone else was. Kylie was training Niall on how to dodge spells. Scarlett and Shay were battling each other and Liam was battling against Melanie. Once Harry and I walked into the room I got everyone’s attention and told them what was up. Shay came over to me and said that she’s a shapeshifter. Since she was flexible she could bend into anything.

We both left Melanie and Liam to battle Scarlett and Kylie and Niall to keep training while Shay on the other hand came with us to help us battle whatever demon it was. Once we got there we shifted into our wolf forms and just waited for the demon. Being a werewolf means extremely well night-vision.

Only a few moments after we had arrived we saw the boy on a black shaped cloud hovering above the ground getting closer to the woods. The black shape then placed the boy down and took its true form.

It shifted into a demonized wolf. Its eyes were glowing red and amber. I tried to listen really closely to see if I could hear the sound of the boy’s heart still beating but I barely heard anything. I figured by the time we attack it the boy would virtually be dead, so I won’t have time to change him into a vampire like I originally planned.

I had to tell everyone the plan and being a werewolf means we have telepathy.

In order to communicate with each other while in wolf form we just communicate through our thoughts.

“Ok Harry and Shay, you take care of the demon and I will try to get the boy to safety. If not I might just have to change him while we are here.”

I turned towards them and they nodded their heads in agreement. Harry sprung towards the demon and pinned it down. It then threw Harry off of it and tried to go back to where the boy was. Shay then jumped at the demon while I bit the boy that was barely breathing. When I bit him, my saliva was slowly turning him into a wolf since I bit him while still in my wolf form. 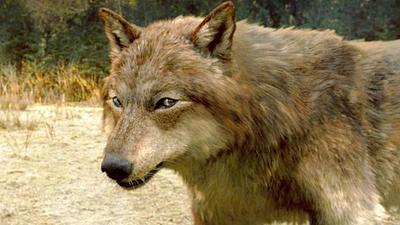 Something felt weird though. I felt like someone or something was watching me. Watching us and our every move. I shook off the feeling and helped them kill the demon.

Once we did we turned around to see the boy back in his human form but still passed out.

I can hear them. Someone’s thoughts. Someone else is here with us. I heard them while Sarah was changing the boy.

We were walking through the woods waiting for the demon to take on its true form when I heard them again.

“I can’t let them see me. What are they going to do to him? I wanted him to stay with me. I’m supposed to take him with me.”

I shook my head and tried to focus on the task that was at hand. Once we did defeat the demon and Sarah changed the boy. We took him and left to go back to the mansion. I had a gut feeling that someone or something was following us but I just couldn’t put my finger on it.

there is the next chapter