Ever since we almost kissed it has been awkward between us for the past few days. You are probably looking at the date above thinking, no, it hasn’t been a few days it’s been 20 years. Well, let me explain. Remember when we almost kissed but the knock on the door interrupted us? She snapped out of the trance and went to answer the door, which is kind of weird since no one usually sends anything to the mansion since we are so far into the forest. She brought back a letter that had been attached to what seemed to be an owl. There was some weird logo stamp on the letter and it looked like this: 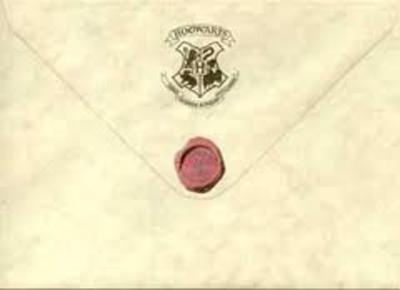 It turns out that it was an invitation to Hogwarts School of Witchcraft, which is another thing I didn’t understand. It turns out that Sarah’s father was a wizard time traveler. She started taking classes there to learn how to master her power. They gave her some sort of necklace that can contain all of her powers. 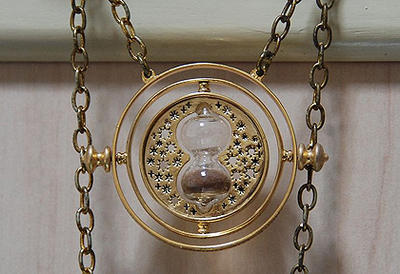 It is in sync with her ability to see the future. In the wizarding world there is no sense of time like there is in the real world.

She was going to bring back some of the people from Hogwarts to help train us for the future. They should be arriving in any second, but before they do I need to go and feed. I walked over to the other bedroom door where the boy that we saved was sleeping in. I knocked on the door and he opened it.

“Ello’, I’m Harry. What’s your name?” I held out my hand for him to shake. He hesitated then shook my hand.

“My name is Niall, Niall Horan.” The Irish accent was clearly present in his voice.

“So, have you eaten yet?” He nodded his head. “Sarah, explained everything to me, and the blood wasn’t that bad.”

“So, then what happened to the people that we had brought back with us?” I asked him.

“Well, Sarah drained them and put the blood in the blood bank downstairs. She then disposed of the bodies by burning them in the fireplace.” He motioned to the fireplace which was currently full of ashes of what I would assume to be the people that we had brought back.

“Right. So did she tell you about the people coming over later?”

He nodded his head. “Yeah, aren’t they from Hogwarts or something?”

I nodded my head, “Yes, and they will be here soon so we should hurry up and get the house ready for when they come.”

He then turned around and picked up the bag of blood on his nightstand and took a sip, “So, let’s get to work.”

I was getting ready to bring home my new friends which I made while I was staying at Hogwarts. Their names were Kylie Brown, Melanie Lauren, Scarlett Jackson and Shay Johnson. I am hoping that they will be able to help the boys master their powers. I led them into the forest and then stopped.

“Why did we stop in the middle of the forest there is nothing here.” Kylie said.

“Give me a minute.” I said while placing my hand on a pad hidden inside of a tree.

“What did you just do?” Melanie said while we were walking up the steps of the mansion.

“Well, I own this mansion and I don’t want people to find us or disturb us so I had a powerful wizard put a force field around it so that once you get inside the force field seems to vanish but in reality when the force field vanishes so does the mansion to those standing on the other side of the force field. It is a safety precaution that I use to ensure our safety.”

Once we got to the door I opened it up and saw that everything had been cleaned and was in tip-top shape, but I didn’t see the boys yet.

“Harry and Niall, come down here I have friends that I want you to meet.” I yelled up the stairs. In a second, they had both appeared at the bottom of the stairs.

They all introduced themselves and then I took the girls upstairs to where they will be staying for as long as they want.

Once they finished unpacking their stuff they met Harry, Niall and me in the living room.

“We finished unpacking our stuff. So what should we do now?” Shay asked.

“Well, I do have a training area in the back part of the mansion. We can start our work there.” I said while I led them to the training area.

Once we got there we all formed in a big circle. After a few minutes, a black cloud formed in the middle of the circle with big black and red speckled beady eyes staring right at us.