Flash Back Offically over 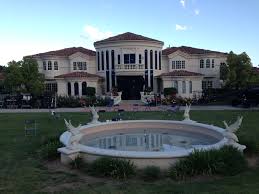 The place we rented for the masquerade ball.
I eventually found Avalon crowded by boys from our school and there dates not far behind
they were talking and shooting evil glares at Avalon and scowling. I rushed to her side and whispered in her ear, " Hello, um you're getting way to much attention
how about I take you away from the crowd." Avalon groans but waves goodbye to the boys and follows me. Passing the dates I see her wink at the girls and one of them try to attack.
I feel sad for them but I continue on to find Harry whose also surrounded by some girls, I grind my teeth and confront the main one Tiffany and Steffany I knew it was
them from there familiar attitude and style...who invited them to the ball.I rolled my eyes trying not to scratch them out instead. I knew Harry wasn't into it and was trying with all
his power to be polite and not yell at them to go away. I might not know him to well
but I think I'd know his angry look and his jaw was clenching and releasing, boy was he was upset and it was just about time I come to help him.
" Excuse me, how may I help you? " I asked looking straight into Tiffany 's eyes she frowned and replied" You could get out my fucking way bitch. " I grind my teeth again and I see Avalon getting ready to pounce her but I give her the look to calm down.
I clear my throat and say, " Well bitch, this is my date and if you please...why don't you whores leave my date alone." Steffany stepped forward and started off," First of all....we found him first and why don't k-" . Avalon stepped in between and hoarse spoke" Back off, or do you wanna get kicked out?" Avalon turned her head side- ways and pointed to the security guards.
Steffany was gonna challenge Avalon but Tiffany her boss stopped her but
something told me it wasn't out of fright. Perhaps she figured she won the battle finding the birthday girl. I scowled...fat chance, eventually the girls left and Avalon and I were alone with Harry. Harry smirked and looked at me and said" You're sexy when you're pissed. " I blushed and playfully poked Harry and Avalon cleared her throat and I remembered
" Oh yea, um hey Avalon this is Harry my new boyfriend, Harry this is my BFF in the whole world". It was Avalon 's turn too roll her eyes and she asked him " So you're gonna protect my girl?" Harry nods in pride holding me close Avalon looks him over and she leans close to his ear. She says," Hurt her and I'll kick your ass around the world." Harry grins and reply 's," No worries she's in good hands." He then gives me a deep kiss and once broken I beam.

I hope you like it though I promised I wouldn't write without feedback. I'll write a whole bunch of cliffhangers in the end. I kid...has it ever happen to you when you're dad comes to visit and he does it for you yet you have nothing to talk about. You're mentally saying" Awkward!! "