I see fresh tracks, I kneel down and see familiar piece of cloth on the floor with a golden brand. I pick the cloth up and kneel up I announce," We're close." In a instant, Harry is behind me I show him the cloth and said," This cloth is apart of my kingdom's flag." Harry holds it in his hand and for awhile observing it and puts it in my back pant's pocket giving me a kiss. He whispers," Keep it it'll give you more hope on finding your father." I smile and Avalon that approaches me and she raises a brow, she says," So you mean we're just miles away from finding you're father and we're here talking?" Now it was my turn to raise a brow I said," Well, huh yea that's what I mean."
Avalon jumps up for joy and she runs to the knights who was attending to her horse.

She pulls the reins of her horse and leaps up on her horse's back and she steadies her steed. Waving her hand she said," What are you waiting for let's go." She looks in the distance where she see's distant campfire smoke. "I think I know where to go next." 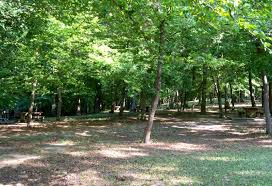 We walk up to this big clearing and having been through so much found it hard to believe actual campsite with my family golden crest flag on it. 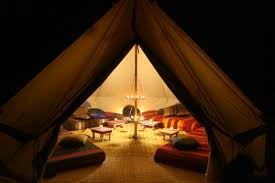 Their were several tiny tents( On the right side of the screen like so) which were the knights tents and then their was big tent ( Like on the left) that must've been my father's royal tent. This was also the place where the generals planned battles. Guards surrounded the best way to enter this area so I got off Harry's horse and approached the men.
" Good Evening gentlemen, I'm Princess Elizabella Beau Macintosh. I'm here to see my father." The guard raised the helmet off his head and blinked in astonishment. Who'd really expect to see a Princess at a battlefield.

The man nodded and said," Of course your highness, come with me this young man will take care of your horses." I nod and give the squire the reins to Harry's horse and started to follow the guard to my father's tent . The knights who escorted us through the great journey had decided to say with the horses. Avalon and Harry both sides of me held my hand as we followed
the knight. I was holding my breath awaiting the moment I lay eyes I lay eyes on my father once again. The guard had stopped at the entrance and said," Wait here your highness. The king is having a meeting and since it is of value the meeting must be interrupted properly." He gave a small smile and then walked in the tent, and from out here
it was quite the interruption. Men scurried out the room heads all looking down at there feet.

After awhile the guard came out and he said," Your highness, may come in." I walked in with Harry and Avalon starting to follow but the guard intercepted and said," Alone if you please." I turned back and say," It's okay guys thanks for being their for me all the way here." Avalon hugged me and smiled, Harry kissed me on the forehead and whispered ,"Till I see you later."

I walked in and my father was at the end of a long table smiling at me. I suddenly felt overwhelmed looking at my father and tears started to sting my eyes and the next thing I know the tears flooded my eyesight. My father raised his arms out to me and said," Come here my dear." I ran to my father and gave him a hug, I squeezed him so hard and couldn't stop babbling on how I couldn't believe he was alive. He pried me off him and he chuckled he says," My dear, not that I'm not happy to see you but why are you here? This isn't the best time especially since status on the war hasn't been the best." I nod and while wiping away my tears I reply," That's why Avalon, Harry and I have recruited ourselves to help you.
While you've been going at it with Marcus, we have been training ourselves physically and mentally for battle.
I've been training myself in magic too father. You wouldn't believe the stuff I could do."


My father got up from his seat and looked distant he asked," Do you know how brutal this war is? " I was about to reply but he continued," Well my dear I do, first hand. It isn't the war to allow a young amateur magic fairy princess, boyfriend and her bestie.." My eyes widened and mouth hung open I say," But father.." my father said," No buts is for sitting, I'm glad that you're safe but I think it's safe if you'd leave!!!"
I stood up and my wings shot out and widened I shouted," No father you listen to me.
I went far and wide to find you and not because I thought or think I could save you...I knew I could. Yet you can't believe that a Fairy Princess can do...well father excuse my language SHIT!!! You can't believe I can do anything .
Well you're mistaken if you believe I'll leave you out to die!!!!"


I closed my eyes and with so much anger I, with a wave of my hand and a speck of blue dust made a small tornado that started to grow as it sucked in my father's books and papers. Since the tent was magically protected by ancient magic inside out the tornado though very strong couldn't escape and my father with wide eyes tried to compose himself.
He took his staff and stomped the ground causing the tornado to weaken from the inside out and
evaporate and before my father could look or say anything to me or anyone for that matter,I flew out the tent.

Drama, that sends the whole plan off huh. Well hoped you enjoyed this chapter you may or haven't I wont know till you comment,vote, or message me. :)
~Miss Direction