One Direction at Camp

The guys left a couple of days ago, I must admit the camp felt pretty empty without them. Jake had come back from visiting his family, he was supper happy for me but complained that he clearly missed a lot whilst he was gone. I guess it did all happen quite quickly.

Since the guys had left I had been in contact with Harry every day, we skyped, text and even talked over twitter. I had suddenly gained thousands of new follows since the guys announced that I would be joining them on tour as an opening act. I think some of the fans felt slightly suspicious that something was going on between me and Harry since he posted a picture of me on his twitter, not long after though the guys all posted pictures of me to their twitter as well. 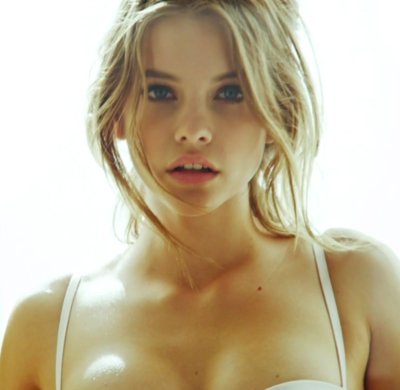 Harry Styles @Harry_Styles July 23
The very beautiful and talented @Lilly_Taylor will be joining us on tour as our opening act, go send her some love!!! Louis Tomlinson @Louis_Tomlinson July 24
@Lilly_Taylor is ready for our tour, go follow her!

Liam Payne @Real_Liam_Payne July 24
Go follow the very lovely @Lilly_Taylor, she will be opening for us on tour!

Niall Horan @NiallOfficial July 25
@Lilly_Taylor is not only really fun but she's supper talented, go show her some support, she's coming on tour with us!


I have no idea when Harry took the first picture but I must admit I looked pretty hot. I read some of the comments.

@jellybean3: wow @Lilly_Taylor is beautiful, I can’t wait to see her perform!!!

@Jake_sexbomb_Jones: wow congrats @Lilly_Taylor do me proud! Harry and the guys are very lucky to have you ;)

Trust Jake to put that, the comments went crazy after that asking whether I was Harry’s new girlfriend. It’s crazy to think so many people were suddenly talking about me. I laughed as I saw the other pictures that the guys had posted, they were clearly trying to get me well known before the tour....by the looks of the comments and my twitter followers and mentions it was working.

It was my last day of camp; I packed up my stuff, cramming it into my suitcases. “I’m going to miss you babe!” Jake said as he pulled me into the biggest hug he has ever given me, “I’ll miss you too but you won’t be able to get rid of me, I’ll be texting and ringing you all the time!” I said feeling excited but kind of sad. “You better, when do you actually start the tour?” he asked, “at the weekend” I said, “wait but that’s only in 2 days’ time!” he sounded shocked, “ye I know it’s crazy, I’ve been in contact with Simon to arrange everything, I was worried to start so quickly after finishing here but it will be good for me” I said as I looked around the cabin to ensure I had packed everything, “plus I can just wash all this stuff and cram it back into the suitcases, won’t need to worry about what to pack then” I laughed. “Seriously though is this what you want?” Jake asked, I didn’t really need to even think about an answer, it was true I had never thought of a career in just singing, to be honest I never thought I was good enough plus the opportunity never came up. I love to sing so now that an opportunity has come up I had to take it, plus I wasn’t going to be doing it alone, I had the guys to help support me. I don’t think I would want to do it alone. ”Ye it is Jake, I love to sing and perform so this is a great opportunity for me, you know I wouldn’t do something unless it was what I really wanted” I said, he laughed “ye your stubborn like that”, “that’s why you love me though” I giggled.

We left the cabin, I always hated saying goodbye to everyone, I truly loved it here. But I had a future to think about, I guess I wasn’t going to be a camp director forever. On our way out I was bombarded by campers, “Lilly we will miss you, not getting to see you each year will suck. At least we can just tune into the news and will most likely see you all the time now though” Lisa laughed as she pulled me into a tight embrace, “I’ll miss you too, I’ll miss everyone! I’ll stay in touch obviously!” I said, “you’d better!” they all shouted. After saying my goodbyes to everyone I loaded my stuff into my car, I was about to jump in when I heard someone calling my name. “Lilly!!” I turned and saw Mike running towards me, he finally reached me, I saw that he had something in his hand, “I wanted to catch you before you left….firstly I want to apologise for being an arsehole for all these years, I guess I’m just as stubborn as you. Secondly I want to wish you all the luck with the future, we will all miss you but you’ll do great with your singing….” He blurted out, “thanks Mike, I appreciate it. I guess we are both quite stubborn, and I really do want to go back to being friends how we always used to be.” I said, he pulled me into a friendly hug, “I’d like that” he smiled. “Oh I got you this, everyone here has signed it” he held out a massive scrap book, on the front cover it read ‘Lilly Taylor’s book of memories’ I opened the book, it was filled with pictures of me and people at camp, there were pictures taken from when I took sessions, when we had talent shows, stupid games and general pictures that all the campers and councillors had clearly shared of me and them over the years. Everyone had signed it and wrote comments about me and the picture that I was in. It was truly amazing. “Wow this is incredible, thank you so much!” I said pulling Mike into a hug. He then handed me a large framed picture of me with all the councillors and the people who worked at the camp, we had taken this on the first day of this summer. “Wow thank you, you know you’re a real sweet guy Mike, Lisa always had a soft spot for you, I think you’d get on great together” I said hugging my scrap book and framed picture close to my chest. “Really? She’s lovely, thanks Lilly” he said as he ushered me off, “you better go, you need to get ready for this amazing tour…oh and Harry’s a lucky guy!” he said as he waved me off. Wow I had Mike wrong all this time; he actually did have a heart…a really big one at that!

I drove back to my flat; my car was filled with suitcases and now the book and picture that I would treasure always. This camp was definitely a large part of my life and no matter where life took me next I would never forget it.

Are you going to continue this story with what happens on the tour? Cause you really should